skip to main | skip to sidebar

Here is a list that gives the official minimum wage rates in some countries.

How common is your name in the USA?

Check and see how many people have your first and last name in the USA? This website gives you a rough estimate. 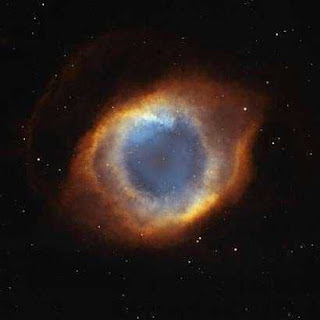 This is a very interesting picture. I got it from a friend via email. This heavenly body is called the Eye of God.

Found this funny tidbit. Is this search engine sarcasm?

1. Go to www.Google.com
2 . Type in Failure
3 . Look at the first listing and laugh at what comes up first
4 . Will Google Fix it?

Checked excite.com and msn.com and the listing comes up as number 3 and page 3, respectively.

News of The Weird and Bizarre.

This site has acquired a lot weird news over the years. Select the news by state via the Weird Map.

Here are some examples. A Florida student was charged with starting a fire in his dormitory. His reason for doing it? So he could meet women during the evacuation. Think caviar is just an expensive appetizer? Think again. A New York City salon offers treatments that include the direct application of caviar to the face.

If you have time to burn, here are the wacky Fuali Tests. It takes about a minute or two for each test.

Google's third-quarter profit nearly doubled from a year ago as sales of keyword-related advertising continued to grow for the world's top Web search engine.

This site gets abused a lot. The worst offender right now is 87.99.32.72 [rtr-55.core.lanet.net.pl] ASN=LANET-AS. For more details, you can go to our Top Abusers page (and even search by ASN or CIDR range).

555 cool gadgets coming to market. I started tracking it at 69. The list grows daily.

The intersection of MySpace and GPS

Honda has taken GPS navigation systems into the realm of social networking. The automaker says its latest subscription-based offering, called Internavi Premium Club, will come with built-in real-time weather and travel information, as well as a function that will enable drivers to tag points of interest with their own comments.

Test your Internet Speed and Get your IP Address

Test your Internet Speed, Retrieve your IP address, Get Port Information, and Ping Server for Round Trip Stats.

MobileVideo For iPod is a free video conversion application developed by keronsoft. It allows you to convert your regular PC video files (avi, mpeg, etc) into the proper video format that your iPod understands.

This website offers free information about free music software applications for Linux, UNIX, BSD, Apple Mac, Windows and others. The main idea of this site is to offer information to the general public regarding these free softwares to show that there are truly viable free software alternatives to the mainstream proprietary options.

Randomly Chat With People via Their Webcam

Here's a site that randomly selects personal websites. You can see a random person live and talk with them. As always, you should be very careful in not providing personal information.

200 Channels Viewed From Your PC -- Nothing to Install.

ChooseAndWatch.com is another free TV portal where there's a decent selection of online TV channels. The screen is said to be bigger than before and channel selection is growing.

FreeTube! is a site intended to let you watch TV online without the need of any special hardware device or subscription service. They provide viewers with the ability to watch live tv online and to watch an assortment of videos on demand. Simply select a genre from the menu, and a channel to begin watching.

This guy is flying around the square with his own jet pack. Check it out.

Check out this video. A F-14 blows up after going supersonic. There are some other odd things to be found on this site.

Top Ten Funny Videos for Today. Look what this guy does for twenty bucks. Ironically, most of us would probably do the same thing while under the influence.

Google leaders told their engineers to stop focusing on launching a dizzying array of new services, and concentrate on making sure the existing ones work.

FREE Stuff for those that proudly serve.

Gmail Gets Better at Spotting Spam

"From the first quarter to the second this year, Gmail got nearly 15 times better at distinguishing legitimate commercial e-mail messages from spam, according to a new report from Lyris, a maker of e-mail marketing software."

How to Create CSS Overlapping Tabs?

Sometimes simulating a real desktop interface for your web application can be a real challenge, especially when dealing with tabs. Side-to-side tabs are not easy to create in CSS, but overlapping tabs are even harder. This tutorial will show you how you can create overlapping tabs.

#0 ”LonelyGirl15 a.k.a Bree a.k.a. Jessica Rose Exposed” - Lonelygirl15 was a fake and is Jessica Rose an aspiring actress from New Zealand living in L.A. Visit the link above for more Lonelygirl15 pics, video and chat room. Despite some claims to the contrary this video was the first definitive proof that Jessica Rose was Lonelygirl15.

#1 “The first post…an introduction to “Bree” - Daniel is Bree’s only friend, and he, of course, has a crush on her. This caused some problems between them, but they’ve gotten over it. This is one of several “Proving Science Wrong” videos that seem to indicate that Bree doesn’t hold science in a very high regard.

#3 “Her, Religion and Daniel” - The Drama of Daniel and Bree is resolved after Daniel shows up at her play…but the plot thickens with this posting, as we learn about “the ceremony”.

#4 “A Change in Bree’s Life” - Today my parents told me some interesting news. I generally don't talk about my religion, but I wanted to share this with you guys.

#7 “A Change In My Life” - Today my parents told me some interesting news. I generally don't talk about my religion, but I wanted to share this with you guys.

#8 “Bree The Cookie Monster” - So everyone knows I'm not a great cook. But since so many people sent me recipes - most of which were COOKIES - I couldn't resist a bake off!!

#9 “Mysteries of My Past... REVEALED!” - Daniel is giving me the silent treatment right now, and I was bored and didn't have much to talk about, so I just talk about places I have lived. I did all the editing myself and even used some tricky speeded up stuff (Yay!).

#11 “My Difficult Decision” - Well, this is really sad but I don't know what else I can do.

#13 “The Equinox” - Yup, that's right I'm going to an Equinox celebration with my parents. Very exciting. :)

#14 “Learning To Drive” - Daniel took me out and taught me how to drive.

#15 “My First Kiss” - What is the deal with kissing? It's really quite weird when you think about it...

#20 “I'm Really, Really, Really Excited!” - Daniel came to my play last night and you all knew before I did! Anyways it was so sweet of him to do that and I'm really happy, and I just HAD to post this video and show you guys :)

#21 “A Peace Offering (and P. Monkey Boogies)” - Daniel and I still aren't talking so I did a little reading to decide how to solve this problem. I figured I should make a peace offering. I did all the editing (duh) and I'm getting better at the speeded up stuff. Hope u like!

#22 “I Probably Shouldn't Post This...” - Today was really crummy because Daniel came over and we were supposed to work through our problems, but instead we got in a big fight. It sucked. I'm still mad... urrrghgh!

#23 “What Did Daniel and Dad Talk About?” - Basically I chase Daniel around with the camera and try to get him to tell me what he talked to my dad about. Oooooh and a little Purple Monkey :)

#24 “Daniel The Neanderthal” - Basically I test Daniel on what kind of a caveman he would have made... "descended from hunter gatherers" pshaw!

#25 “The Tolstoy Principle (and Dad "talks" to Daniel)” - We made another proving science wrong, this time about the Tolstoy Principle (from Jared Diamond's great book... Guns, Germs, and Steel)... and my Dad decided to be annoying and have a "talk" with Daniel. Whatever :(

#27 “He Said, She Said” - Daniel finally called me back! Things were said, treaties were struck, the Force is back in balance. We celebrated by making this video!

#29 “My Parents... Let Us Go Hiking!!!” - Basically Daniel and I got to go hiking yesterday and he edited it into a cool summery video...yeah summer!

#30 “Daniel Returns, and More Interesting Factoids (Yay!)” - Sorry about all the drama, but I was pretty mad and just posted that video. Anyways, Daniel is back, everything is okay and we decorate my room. Oh, and I talk about turtles and ants :)

#32 “Grillz feat. Danielbeast, LG15, P. Monkey, and O'n.” - Daniel and I are sick of all the negative comments and stuff that happened this weekend, so we're doing a bit of a makeover...meet LG15, the Danielbeast, P. Monkey and O'n. Step 2 us if U dare!

#33 “The Danielbeast” - All of you wanted to see Daniel so...here he is! He doesn't like blogging, he thinks it's "beneath him" (whatever) I had to kind of trick him, also, this is the first video I edited without his help :)

#34 “School Work in Summer... BLECHH!!!” - I talk about being home schooled, and do a little bit of studying... um, also give some cooool information about stuff that I'm learning. (Daniel writing) and I do some sick azzzz editing!!

#37 “Proving Science Wrong...with Lonelybeast” - We LOVED your spoofs (okay, not ALL of them), so we thought we should do one of our own. Hope you like it! It took FOREVER to make one where Daniel wasn't laughing!!!

#38 “Proving Science Wrong!” - Does science really have the answer to EVERYTHING? I don't think so, and here's PROOF! Enjoy :)

That's what someone should tell The Donald, anyway. Trump's leadership has left his three casinos in shabby shape and with too much debt to do much about it.