skip to main | skip to sidebar

Here's 10 resume blunders that people actually submitted to hiring managers. It's hilarious. 1. ... attached a letter from her mother. 2. ... used pale blue paper with teddy bears printed around the border. 3. ... explained a three-month gap in employment by saying that he was getting over the death of his cat...

Reduce a long URL into a fairly short one. Here's an example below using Google's lengthy WebMaster's Tools URL.

Here's the result of creating the shorter URL.

Benefits:
-Redirection to any page in your site
-Hide your affiliate URLs

Cons:
Spamming (don't be a spammer)
No PR or Technorati benefits

Here are some mind teasers I posted back in Nov '06. Almost daily, I noticed that some of my Google and MSN traffic was referencing mind teasers. Unfortunately, only the horse picture was showing up.

My favorite one is the "11 faces." Did you find them all?

If this "find" doesn't make you laugh, you are truly humor impaired!

The Navy found they had too many officers and non-commissioned officers and decided to offer an early retirement bonus. They promised any officer who volunteered for retirement a bonus of $1,000 for every inch measured in a straight line between any two points in his body. The officer got to choose what those two points would be.

The first officer who accepted asked that he be measured from the top of his head to the tip of his toes. He was measured at six feet and walked out with a bonus of $72,000.

The second officer who accepted was a little smarter and asked to be measured from the tip of his outstretched hands to his toes. He walked out with $96,000.

The third one was a non-commissioned officer, a grizzly old Chief who, when asked where he would like to be measured replied, "From the tip of my penis to my testicles." It was suggested by the pension man that he might want to reconsider, explaining about the nice big checks the previous two officers had received. But the old Chief insisted and they decided to go along with him providing the measurement was taken by a medical officer.

Dear Lord!" he suddenly exclaimed, "Where are your testicles?"

IMHO, I think these are some really cool paintings/drawings. This guy painted them while he was in high school a few years back. Here's a partial listing of his portfolio.

It's important to have a good sitemap of your site. It helps the periodic spiders better identify your website. Generate a sitemap with the tool listed below and upload it to your server. 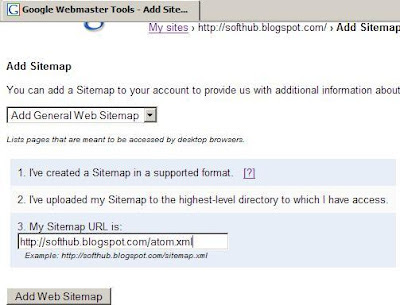 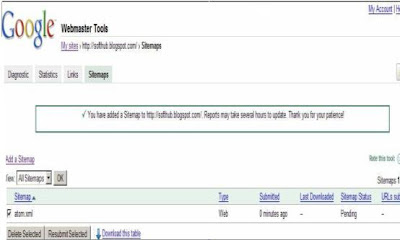 When I started blogging (approx 6 months ago), I read Blogger.com's tips on how to get started on blogging. The tips were fairly mundane but for a start--decent.

Six months later, I found a succinct list of fairly objective tips (with pithy explanations) by an authoritative blogger. Most of you might know him as John Chow DOT com, and his blog primarily focuses on making money online. Frankly speaking, making money with blogs is not really my thing. However, I thought his post “Beginner Blogging Tip” was a worthwhile find.

How are Your Pages Indexed by Google?

Index stats: Determine how your site is indexed by Google. Here's an example for topbloglists.com

Samples of my pages in Google. The "GS" stands for Google Search. The "BA" stands for Browser Address.

Note: You will have to change site, link, cache, info, and related accordingly for BA.

Google's new "My Maps" program enables anyone to easily create customized mashups, which are online maps overlayed with additional data. Points-of-interest pins are created by dragging and dropping. This map shows places of interest in Lisbon, Portugal, including the location of a hilltop apartment and a photo of views from the area. Check out these examples, 1-4

For an alternate office automation software suite, check out this post at Digital Nomads regarding OpenOffice.org v2.2. This open source suite comes with spreadsheet, database, word processor, and presentation software.